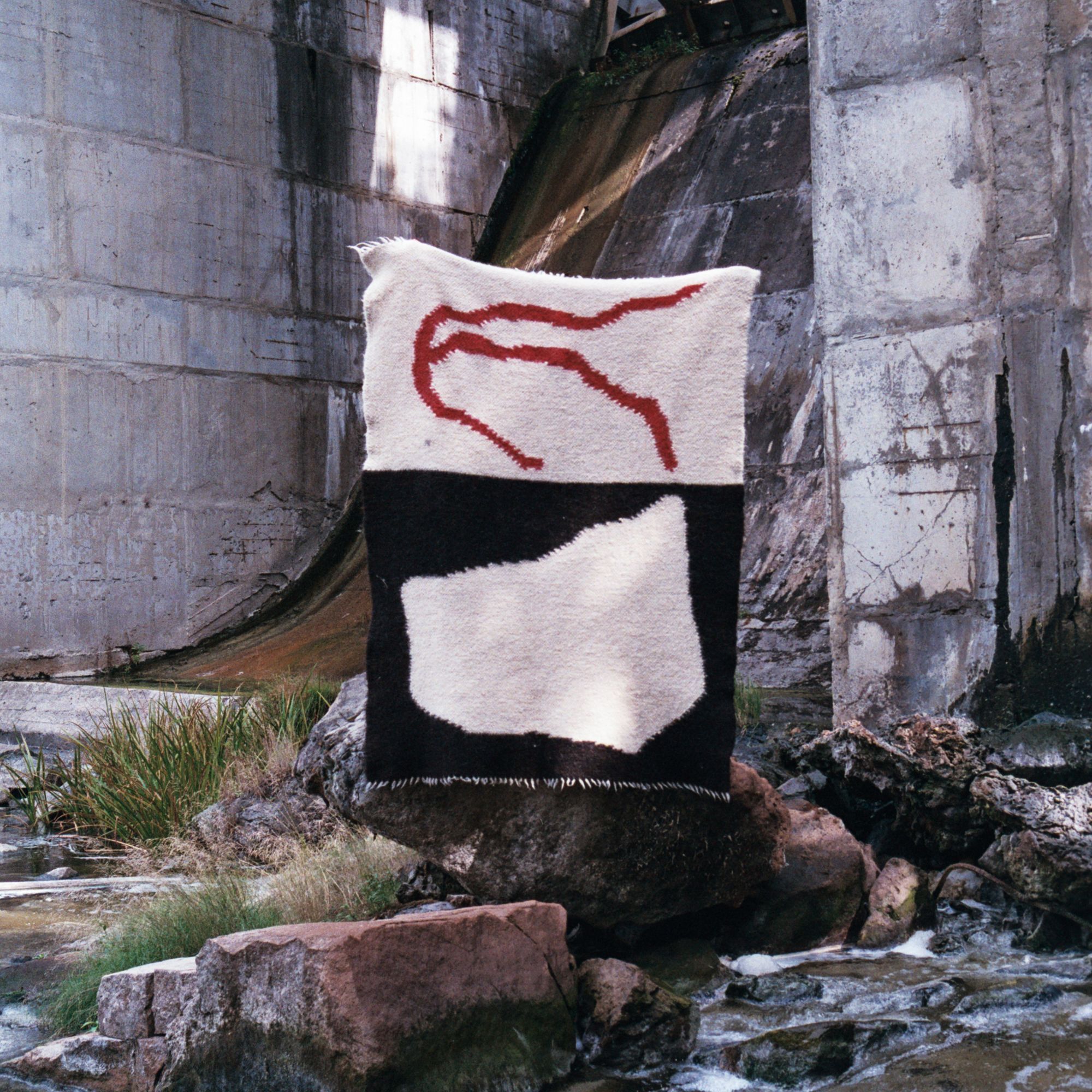 A few years ago, Volodymyr Benedychuk, a musician from the capital city of Ukraine, Kyiv, moved to the Carpathian Mountains. The traditions of the locals, called `hutsuls`, inspired his new idea of ​​business that has become significant for the local community. 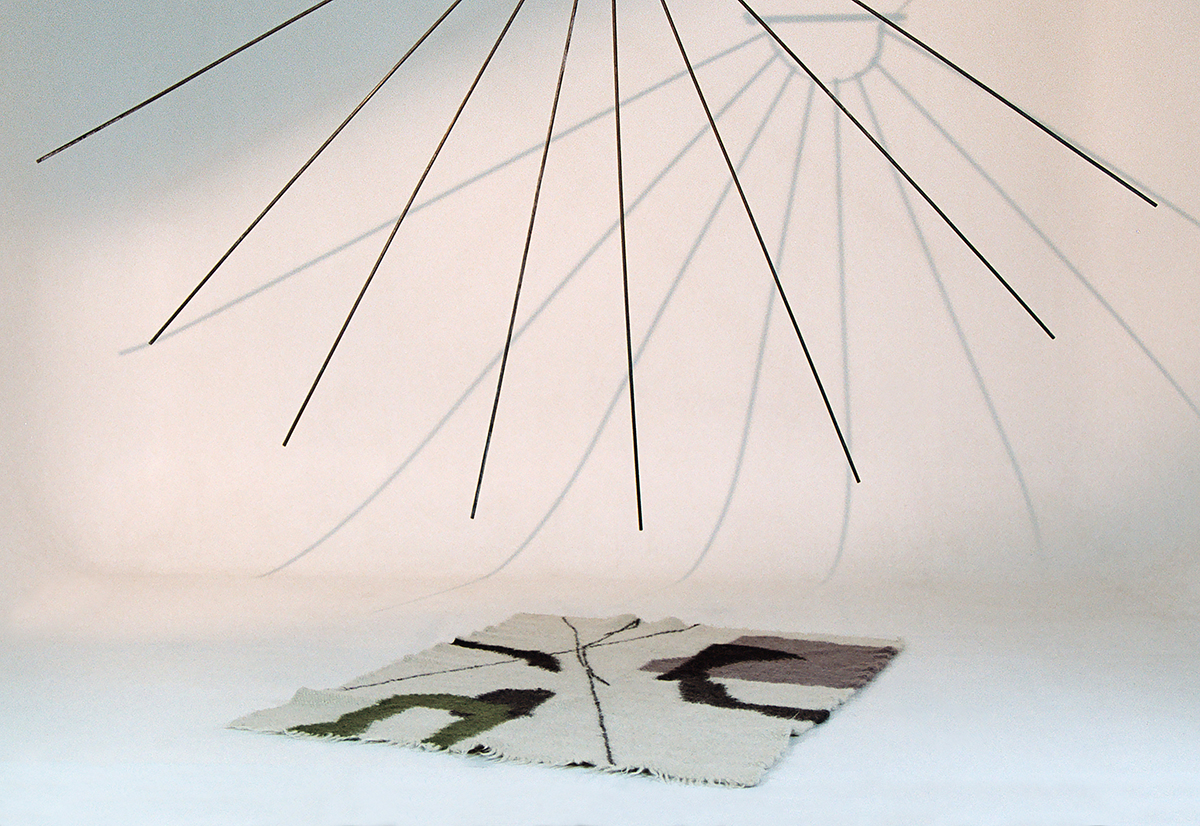 ... You don’t find neighbors in their ordinary meaning here. You have to go through the forest, go up, go down and there will be your neighbor behind the forest and the mountain. This is the Carpathians, Ivano-Frankivsk region, the ethnic region of `hutsuls`.

I'm a musician. I had lived in Kyiv, until 3-4 years ago went to the mountains to create a cultural residence. I arrived in winter and had been living in a small house without electricity for 8-9 months. Then I started thinking on what I could do for the local people, how I actually could be useful.

The village of Yavoriv is the center of rug making, the tradition of weaving has never been ceased here. I decided that it would be interesting to make a rug using traditional technology, but with a completely different image. This is where it all began.

*The Carpathian Mountains are a range of mountains forming an arc throughout Central and Eastern Europe. Roughly 1,500 km, it stretches from Slovakia, through Ukraine, to the borders of Serbia and Romania.

Two main varieties of woven rugs in the Carpathians are ‘killim’ and `leashnyk` with geometric patterns. They differ in thickness of the thread. The fluffy wool rug is called `leashnik`. It can lie on the bed, on the floor or hang on the wall for thermal insulation. To some extent, this is also a ritual thing in the Carpathians because it accompanies weddings and funerals.

The technology, in fact, is very primitive. It all starts with the mountain meadow farming. This is a very archaic, not very profitable and fading activity. Thus, this is the main reason why rug making is so developed here. On the meadows sheep are grazed, milked and sheared 2 times a year.

* The meadows in the Carpathian Mountains are pastures, located closer to the top of the mountain, where the forest is no longer growing. Something similar to Alpine Meadows.

Sheared wool should be cleaned, washed and dyed in some cases. Then the wool is collected into the large clouds called `kuzhelie`. Thread is then spun from this wool.

Wool has a certain set of natural colors: white, gray, brown and faded. If a rug maker needs different colors, the thread is dyed. I plan to experiment with the natural dyes used in old times. For example, in past, in order to get red color, the buckthorn berries were used.

Wool has a certain set of natural colors: white, gray, brown and faded. If a rug maker needs different colors, the thread is dyed. I plan to experiment with the natural dyes used in old times. For example, in past, in order to get red color, the buckthorn berries were used.

*Wooden machines are called `krosny`. By the end of the nineteenth century in the Carpathians people weaved with the help of 80 cm wide `krosny`. To get the finished `leashnyk`, it was sewn from 2-3 parts. In the twentieth century up to 180 cm wide machines appeared.

When the rug is woven, it is cut from the machine tool and taken to the `mill-valylo`. It is a structure on a river or a canal that looks like a big drum of a washing machine. There `leashnyk` should spin around 24 hours. Its texture is being compacted and extra wool is washed away.

I wouldn`t say that all the drawings on our rugs are sacred, but they all have conceptual content. For example, I am currently working on the series of thin woven rugs, where I reflect marked pathways in local beech forests. It is unknown when it was made. I have never seen these symbols anywhere else in the Carpathians.

This business is important to the local population. Shepherds on the mountain carry the wool, dye, spin and weave. In fact, it is even difficult to count everyone involved. Many tens of people work there for sure.

I am very impressed to work with artists. Recently, I made a residency in my house for my friends, who are graphic designers, and we worked on the rug ideas. I think soon I will be able to present these designs. Of course, customers can order a rug on their own sketch. But I should get to like what they offer.

... There was a time when I was grazing and milking sheep, so I can shear a sheep myself. I can spin a thread from the mug. I can weave a rug from the finished thread. The only thing I can’t make is a thin basic thread. It is made with the help of machines that were manufactured in the Soviet Union. This is the only automated stage in the process of our rugs making.